Lost rivers and the aftermath of war: HPC in Kosovo

There are no rivers in the capital of Kosovo. The Priština, its namesake, and the Vellusha disappeared in the 1950s – filled up with rubbish and soil. Rivers that did not disappear from the face of the earth are often contaminated in the Balkans – as are many soils. The reason: carelessness or negligent and ignorant handling of harmful substances as well as massive damage caused by war.

HPC AG supports the development of knowledge and expertise in Kosovo – with the help of elaborately prepared workshops. Dr Christoph Olk, Branch Manager in Kriftel/Frankfurt am Main, provides the necessary professional and technical knowledge to specialised ministries, local authorities, companies and private individuals involved with contaminated sites. “We were approached by the German Corporation for International Cooperation (GIZ). Along with local institutions, we planned training courses for Kosovo with great enthusiasm and fun and tailored them to the people and participants. In the process, we experienced that Kosovo is an open, culturally diverse and friendly country and that we also have some historical ties with the Kosovars,” says Dr Christoph Olk.

NATO used uranium munitions, so-called DU munitions, in the Kosovo war. Depleted uranium (DU), a waste product of the nuclear industry, has a half-life of 4.5 billion years and an extremely high density. Bullets with such a core also penetrate tanks and reinforced concrete. Intact DU ammunition poses no danger. But when the ammunition hits the ground, some of the uranium is pulverised. This produces uranium oxide dust which, according to the United Nations Environment Programme (UNEP), can lead to cancer or kidney damage. A cannon on-board a deployed A-10 Thunderbolt fighter aircraft fired up to 3,900 rounds per minute, one in five with DU ammunition. The ammunition penetrated several metres deep into the ground – where, according to UNEP, they posed a danger to people and to the urgently needed ground and drinking water.

The work of 25 specialists who cleaned up an area of around 30,000 square metres in Montenegro showed how costly decontamination is. Their work cost almost 300,000 US Dollars and took almost ten months. In this time, only 300 DU projectiles could be removed, which had been fired in just twelve seconds during the war. In addition to the damage caused by DU ammunition, there is also massive contamination from other types of ammunition or, for example, destroyed oil tanks. Dr Christoph Olk was very aware of the historical role of the war in Kosovo: “The damage and trauma are always present in the country and can literally be grasped with the hands. The war experiences are comparable to the experiences of the Second World War generation and are deeply anchored in Kosovar society. This is also an explanation for the fact that the Kosovars have gratefully accepted our training offer and support – at eye level – and have a strong will to improve living conditions in their country as well as improve their quality of life.”

In Kosovo, lignite, marble, lead, nickel, chrome, bauxite, silver, magnesite and zinc are among the minerals mined. The mining tradition dates back to pre-Roman times. Mining also held an important position in socialist Yugoslavia. The two lignite-fired power plants Kosova A and B date from this period. At the time, they covered almost the entire energy consumption of the country, but today they are outdated, and therefore inefficient and unreliable. The World Bank describes Kosova A as the “largest point source of pollution in Europe – the worst polluter in Europe”. The extent of air pollution in Kosovo’s capital Priština became known finally through records of the US Embassy.

“We in Germany also have a mining tradition that goes back a long way, which brought us great prosperity over many decades and made our industrial development possible,” said Dr Olk. “This is also the case in Kosovo, because of its diverse and mineral resource has a good basis for future development. The elimination of accompanying environmental damage and pollution is, similar to Germany and other European mining regions, a task of the century that can only be accomplished in a European network. Here, HPC AG is making an important contribution with its know-how!”

Not knowing what’s underneath

While uranium ammunition is addressed by Western Non-Governmental Organisations and air pollution by the local population of Kosovo, the soil lacks advocates. Yet they are urgently needed. “HPC AG has been actively involved for many years in Germany, but also in other European and non-European regions, in the investigation and remediation of soil and groundwater contamination, as well the removal of the associated obstacles to development. The aim is to provide pragmatic, financially feasible and use-oriented support. Through its diverse and proven expertise and experience, HPC AG assists the country of Kosovo on all aspects to meet these challenges. The atmosphere of openness and trust between the people of Kosovo and the staff of HPC AG is an important and indispensable prerequisite for a successful future cooperation.”

Targeted cooperation in the areas of remediation of contaminated sites or energy supply in Kosovo is urgently needed. The World Bank estimates that the midpoint annual costs of environmental pollution in Kosovo to be about 222 million Euros. The Albanian publicist and musician Migjen Kelmendi described the hidden rivers as a symbol of Priština’s hidden identity in the song “City without a River”. He also dedicated a book to the rivers and used them as a metaphor for the attitude of the former communist rulers. Today, the polluted, dirty and partly vanished rivers are merely reminiscent of the water, air and soil that once was. 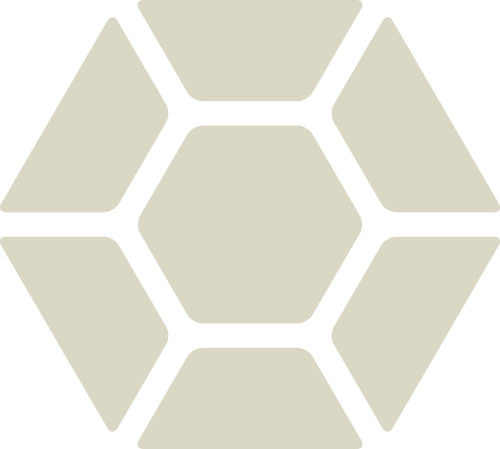