Federal Immission Control Act of Germany: The HPC as translator

In the early 1970s, the German Federal Government presented its first environmental programme. The Federal Immission Control Act is intended to protect against harmful effects on the environment. And so, since then, many companies have come into contact with the law again and again. The example of the Hagedorn Group of Companies illustrates how HPC AG supports its customers in the authorisation process.

The Federal Immission Control Act (BImSchG) is by now a veteran of German environmental legislation. As early as 1974, the law for the protection against harmful effects on the environment caused by air pollution, noise, vibrations and similar processes came into force. The engineers at HPC’s Soest site advise on the licensing process associated with this law. The branch emerged in 2018 from Keese+Hahne GmbH, a company that is even older than the law. The engineering office was founded in Soest as early as 1960.

In Soest, site manager Elmar Wulf, along with his colleague Martina Binder and their team of around 20 not only take care of planning, implementation and monitoring of approval procedures related to immission control, but also environmental assessments and expert services.

What the work is about

“What I like about my job is the variety, the interesting tasks and my role as partner and advocate for our clients.” says Elmar Wulf, who has been with the firm since 1998. Martina Binder adds: “It’s fun to accompany our clients and find solutions to their challenges.” Wulf and Binder also found versatility and challenges in Hanover, when they accompanied the construction of a recycling plant for building materials for the Hagedorn Group of Companies.

The Hagedorn Group, based in Gütersloh, is the market leader in the German demolition industry and is one of the top five largest and most successful demolition companies in the world. The company also remediates, disposes of and recycles construction waste, undertakes civil engineering measures and revitalises brownfield sites. In Hanover, Hagedorn has been leasing a 55,000 square metre area on the Misburg harbour site since 2017. The site is interesting for the Gütersloh-based recycling specialist because the demolition material from the surrounding area is not only processed there, far away from settlements, but can also be loaded directly onto ships. The new hub for building material recycling is worthwhile: Hagedorn is aiming for an annual turnover of 400,000 tonnes of material. And the new use also pleases the Misburger port authority which had been worried about the removal of the black carbon. Soon the port authority will be concerned about loading recycled goods onto ships.

In order to avoid negative environmental consequences, the conversion of such areas must comply with the Immission Control Act, among other things. Wulf and his team prepared the necessary application documents for Hagedorn, including the expert reports. This enabled the necessary immission control permit to be granted. In addition, the HPC team also assisted the Hagedorn group of companies with public participation. 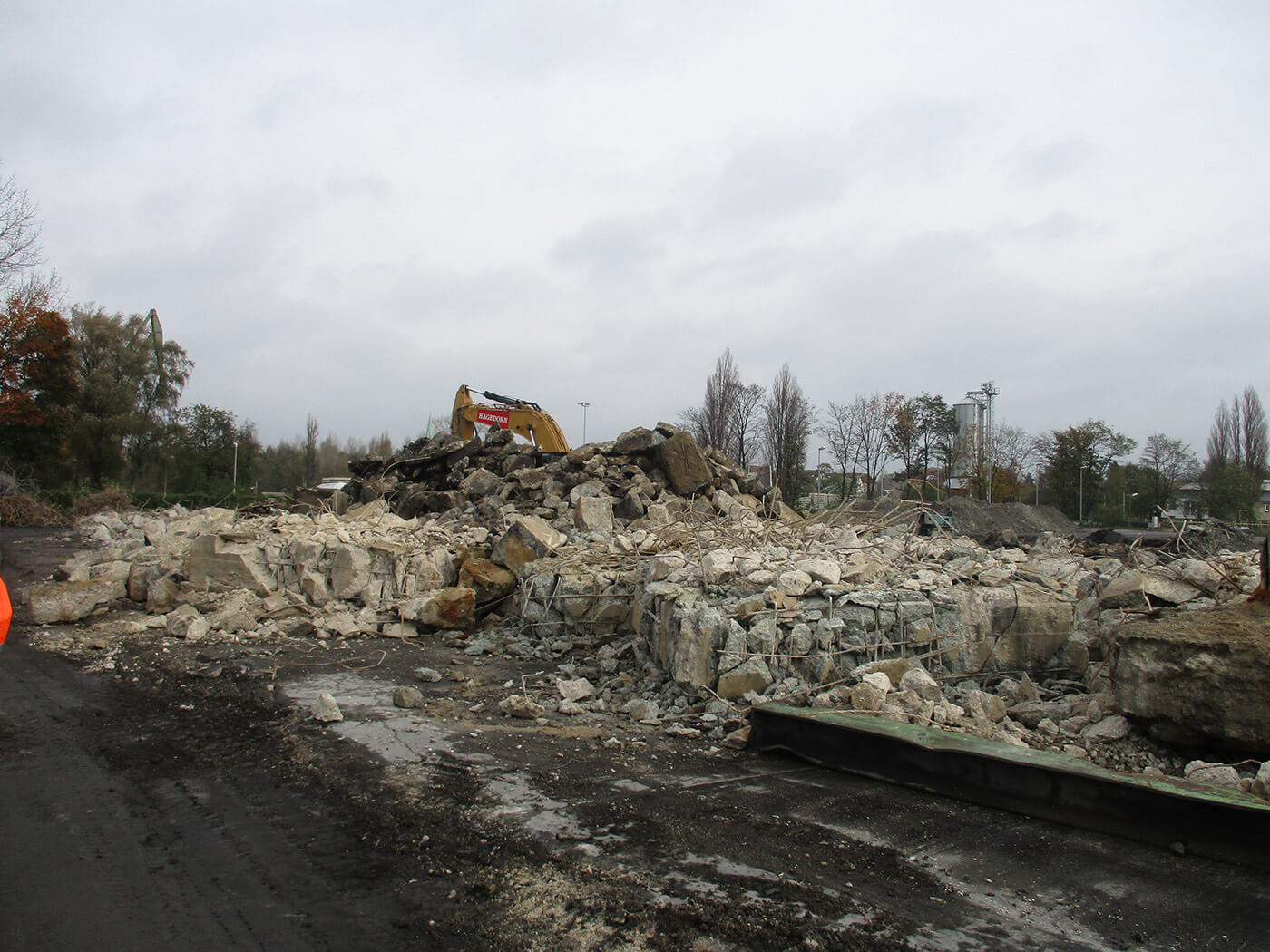 From industrial black carbon to the recycling plant 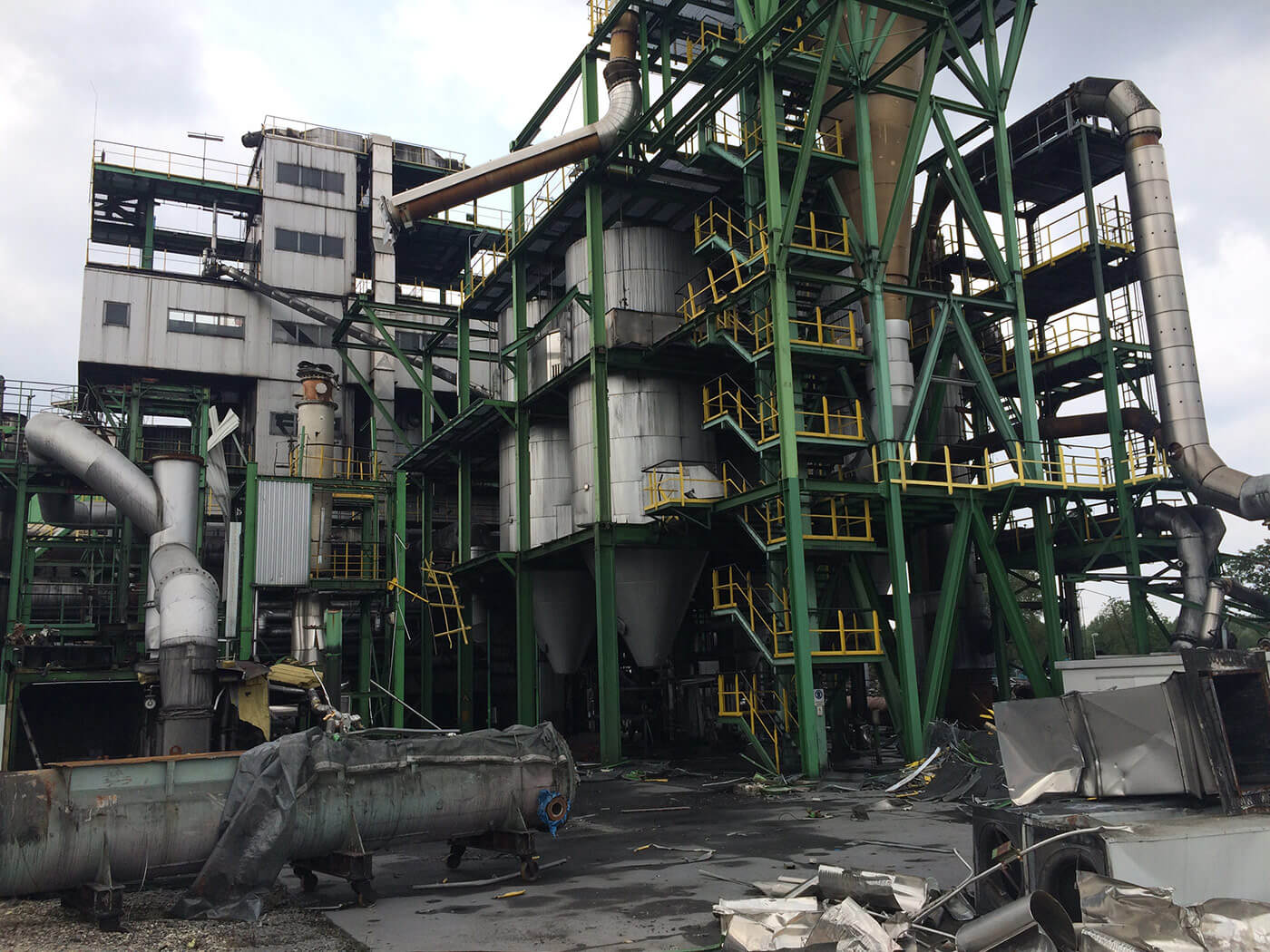 The harbour area lay unmanaged before; industrial black carbon was produced there based on heavy oils. Contamination on the site was to be expected. HPC’s Soest branch sampled the areas and analysed them for pollutants. Subsequently, Christian Hoffmann and Nils Kottenhoff prepared an initial status report. Furthermore, a drainage plan for the roof and courtyard areas was prepared in accordance with regulations. The necessary building applications were prepared for the planned buildings, and Dieter Wirtz created a fire protection plan for the property. People, buildings and the environment were prioritised equally in this plan. HPC also prepared a strategy for handling substances hazardous to water. The individual specialist areas were covered by a 10-person team at the Soest branch. Each of their expert opinions were required so the approval could be prepared quickly. The exchange with the licensing authority was intensive and successful. Christian Holthoff and Melanie Kruse in particular took care of the authorisation procedure.

The project was successful from many points of view: on the one hand, the Misburg harbour was revitalised. The Hagedorn Group of Companies was able to successfully realize its plans. Last but not least, such facilities are essential in order to deal responsibly with our resources in times of raw material scarcity.

You can find out more about which cookies we are using or switch them off in settings.

This website uses cookies so that we can provide you with the best user experience possible. Cookie information is stored in your browser and performs functions such as recognising you when you return to our website and helping our team to understand which sections of the website you find most interesting and useful.

Strictly Necessary Cookie should be enabled at all times so that we can save your preferences for cookie settings.

If you disable this cookie, we will not be able to save your preferences. This means that every time you visit this website you will need to enable or disable cookies again.